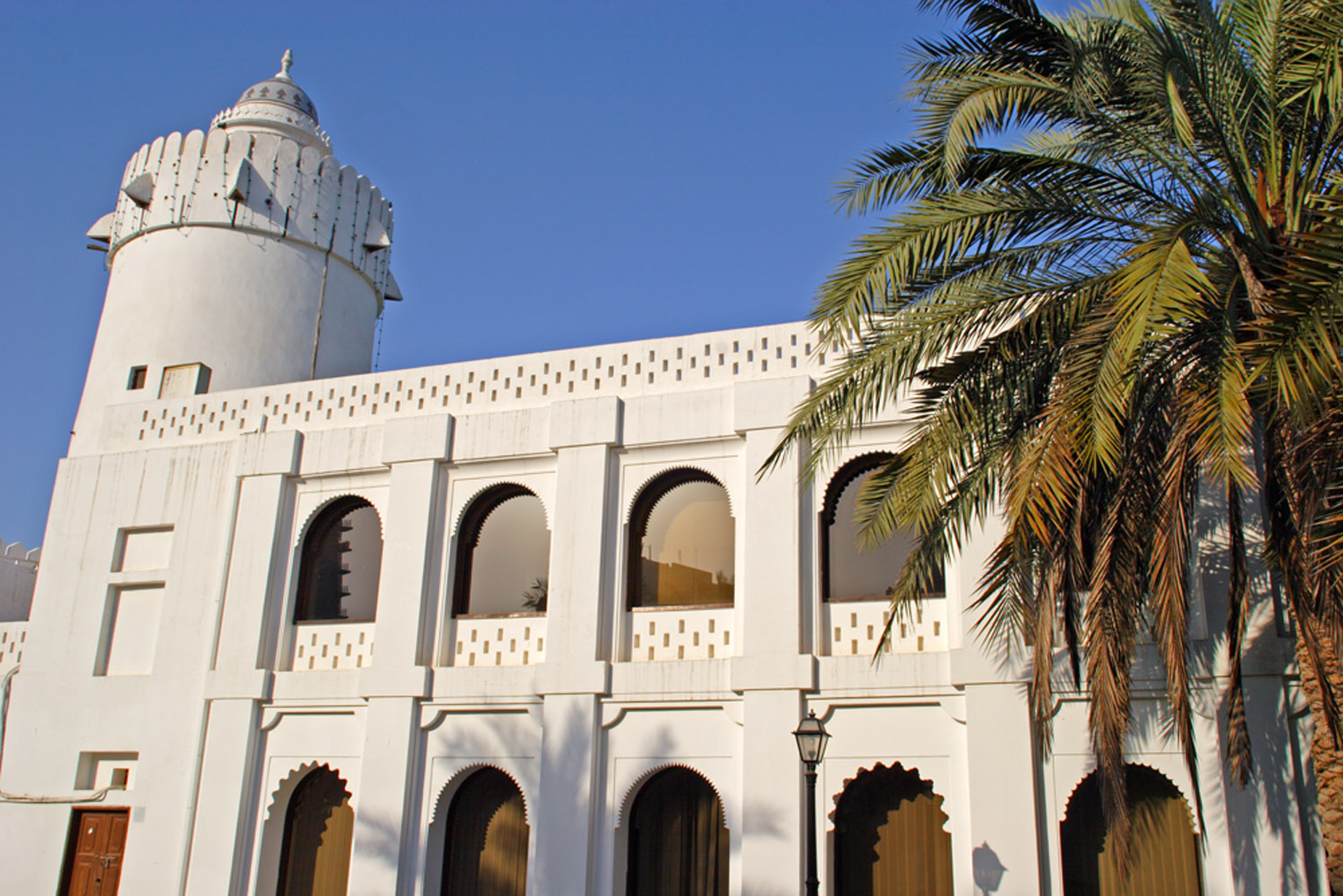 Blog: Qasr al Hosn: A Step Back in Time

Abu Dhabi is a modern city. To think of it is to conjure up images of the new – from innovative architecture at the Louvre Abu Dhabi to the fashion in its designer stores, from cutting-edge technologies on its streets to an unprecedented global education at New York University Abu Dhabi. The city is always moving – dynamically embracing the ideal of constant progress in today’s world. However, there is more to it than the multistory buildings and flashy malls you see every day. To truly experience Abu Dhabi, you need to get to its core – an oft-overlooked history that lies underneath layers of modernity. Appreciating the present of the UAE’s capital should include a journey back to its past.

Qasr Al Hosn, the oldest building in the city, is a perfect site to begin exploring the heritage of this region. As a museum housed within an old fort at the heart of the city, the space is a clearing in the urban jungle. The complex is made of stone, colored in shades of white and beige, with short and sturdy components that stand out against the tall buildings dotting downtown. There is a wholesomeness to the place, a dignified aura permeating from the hard lines shimmering under the desert sun. With open spaces between buildings and an expansive courtyard encircling the former residences, experiencing Qasr Al Hosn is like going on a calming walk down memory lane. (Tip: free tour guides are available to help you make the most of your experience!)

Visitors will find a plethora of historic items on display, from ancient tools to documents belonging to the Emirate’s rulers, from pieces of the fort’s original wall to radios belonging to previous Sheikhs. But beyond this, the most striking element of the visit is in the past’s grandeur asserting itself through the architecture – clean, sparkling, with precise angles and an economy of statement that reveals the skill of its creators. The whole tour will leave you in awe of the way a community created so much from so little, in a region where an extreme environment was overcome through human ingenuity. A relentless spirit that asserts itself in the centerpiece – a centuries-old watchtower that was the first permanent structure in Abu Dhabi. Qasr Al Hosn reminds you of what is taken for granted, the individual and collective histories that went into constructing this city. This nation that refused to give in to adversity.

Visitors can then continue to the House of Artisans and Bait al Gahwa, two interactive museum spaces located just outside the main building. The journey begins with dates and coffee, then plunges into centuries of traditional crafts such as weaving and net-making, and ends with a stop at the gift shop. The museum offers workshops and classes open to the public on palm weaving and wool spinning, amongst others. And last, but not least, at Bait al Gahwa, visitors can watch a live demonstration of the making of Arabic coffee—the core of Emirati hospitality—that gives visitors a taste (literally) of local customs. 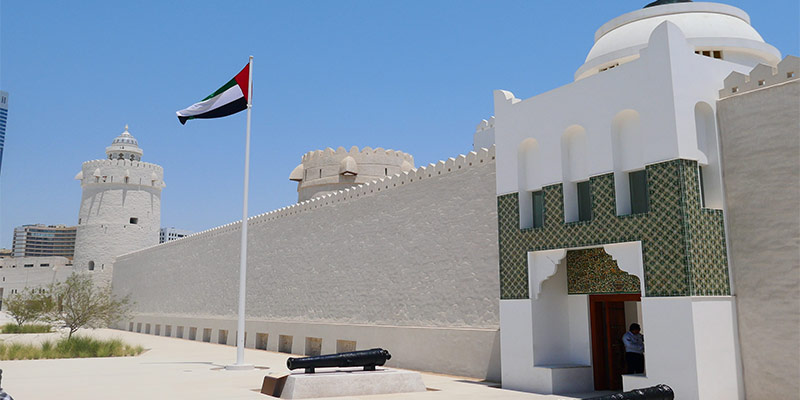 Informative and educational, walking through the various rooms within the museum, you see a culture fleshed out. Organized and explained in detail, exhibits are varied – artifacts range from the earliest days of human habitation in the desert to the formation of the UAE under Sheikh Zayed to a timeline showcasing developments in the city well into the twenty-first century. A few hours at Qasr Al Hosn leave you with a more substantial understanding of this metropolis and its roots in the region. Abu Dhabi, to an everyday observer, seems ahistorical in its modernity. Moving through the oldest buildings in the city, you quickly realize the flaws in this way of thinking. Today’s trendy city of global dreams is built upon generations of visions of what a sandy geography could be. Qasr Al Hosn is a lingering retrospective that turns its gaze upon the past and reminds you of Emirati spirit.

It is a must-visit for anyone curious about the history of Abu Dhabi and this region as a whole.